Factory Direct Supply What Is The Origin of Winged Lion?,High Quality And Affordable Price E-mail:info@Treviart.com

Home » blog » What Is The Origin of Winged Lion? 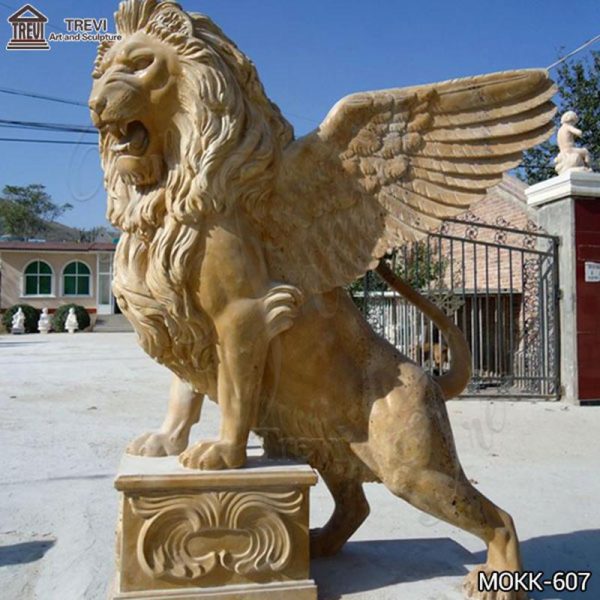 What Is The Origin of Winged Lion?

The lion is considered the king of beasts. It is a very powerful animal symbol. And many sculptures have appeared in various art fields. For example, the statue of a winged lion is recorded in many documents. The winged lion is a mythical creature that could be traced back to ancient times.

The lion is considered the king of beasts. It is a very powerful animal symbol. And many sculptures have appeared in various art fields. For example, the statue of a winged lion is recorded in many documents. The winged lion is a mythical creature that could be traced back to ancient times. 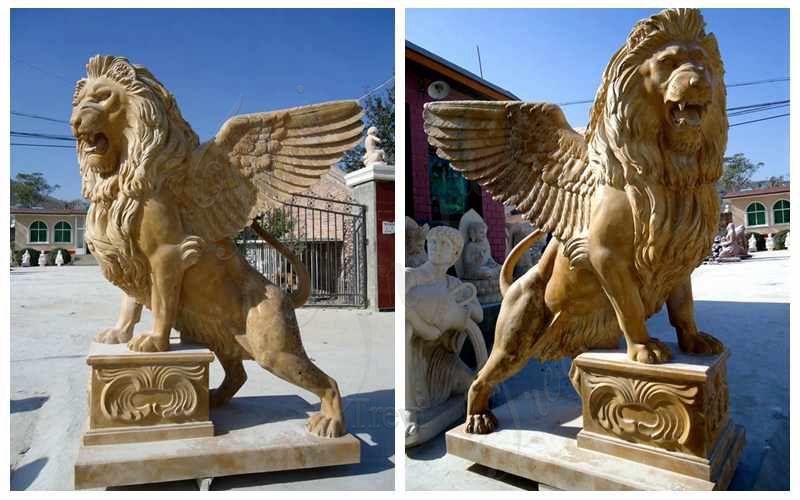 First, The Wing Lion of Venice

The Lion of Saint Mark is a sculptural image depicting a winged lion holding a Bible. This winged lion represents Mark, the author of the Gospel of Mark. Saint Mark became the patron saint of Venice. The flying lion is traditionally associated with the image of Saint Mark, the guardian of the city of Venice. And it is recognized as a symbol of Venice. The Flying Lion appears on all official documents of the Republic of Venice. The Republic of Venice, with a winged lion as its proud emblem and flag pattern. And this image appeared on the flags raised by every ship in the fleet. And the Mint carved it on the coin. Craftsmen also carved it on all the walls and gates of the Republic’s territory. 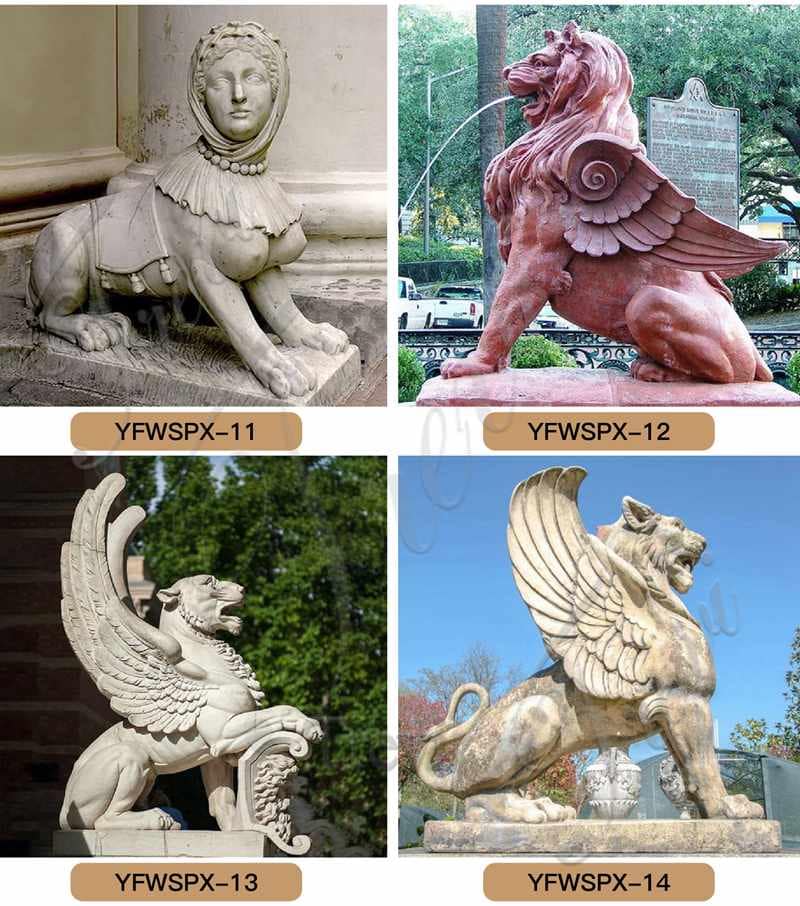 Griffin is a legendary creature. Griffin has the body and claws of a lion. And Griffin also has the head and wings of an eagle, which is quite a famous fantasy creature. Because the lion and the eagle dominate the land and the sky respectively, the griffon is considered a very powerful animal. Griffin is one of the famous mythological creatures in ancient Greece. The Romans also associated Griffin with Apollo, the sun god, because the sun was very fierce. Therefore, it deserves fear and respect. 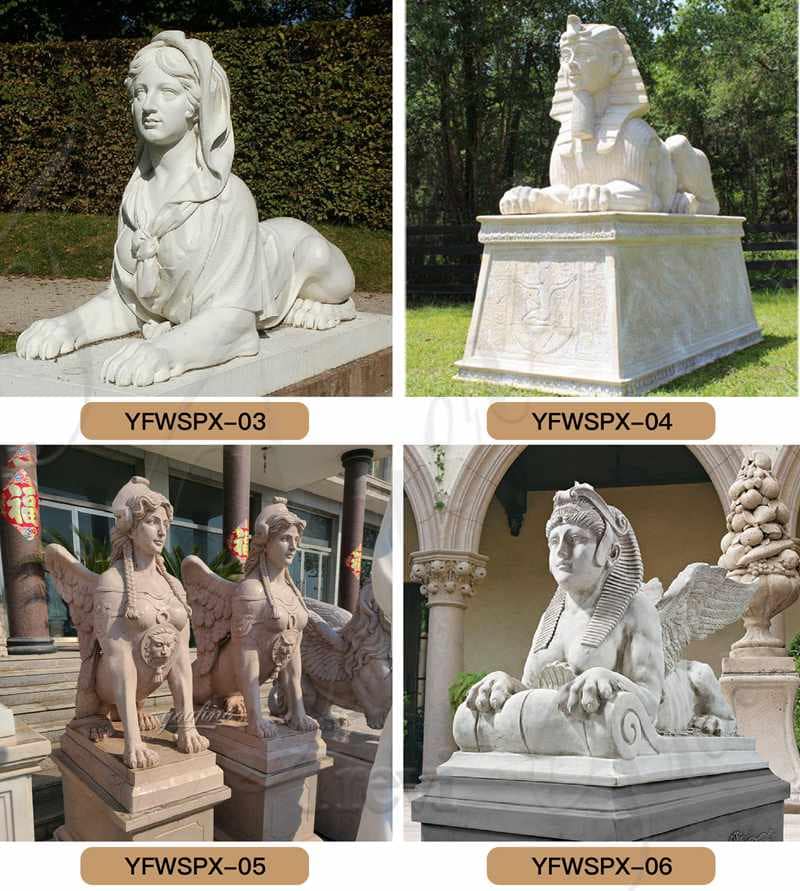 Finally, The Wing Lion of Lamassu

Lamassu is a chaotic creature similar to Manticore. Manticore has a sturdy bull body, a powerful tail, and an ugly huge face. The Chaos Dwarves believe that Lamassu is a rare variant of the Great Taurus. These creatures were originally Chaos Dwarves, but under the influence of Chaos Power, they turned into huge bull monsters. 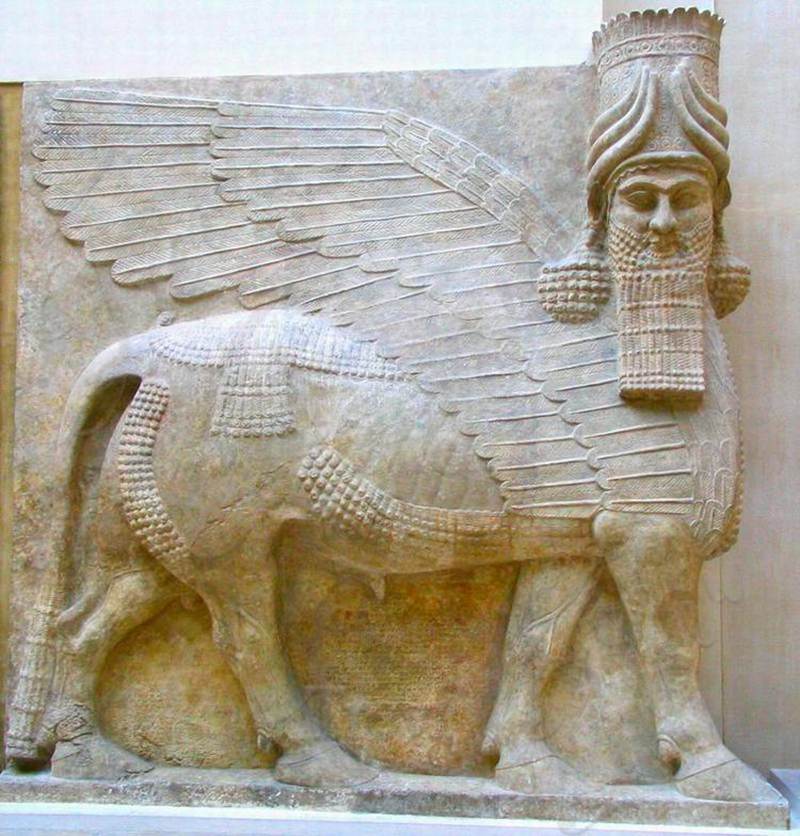 In the real world, Ramatsu is the protector of Assyria. In the Sumerian era, Lamassu was a goddess named Lama. In the Assyrian era, Lamassu became popular as a symbol of power. It is depicted as a winged lion or a bull with eagle wings and a human head. This creature has the face of a human, the body of a cow, or a lion. And Lamassu also has a pair of bird wings, the patron saint of the family or the royal family. 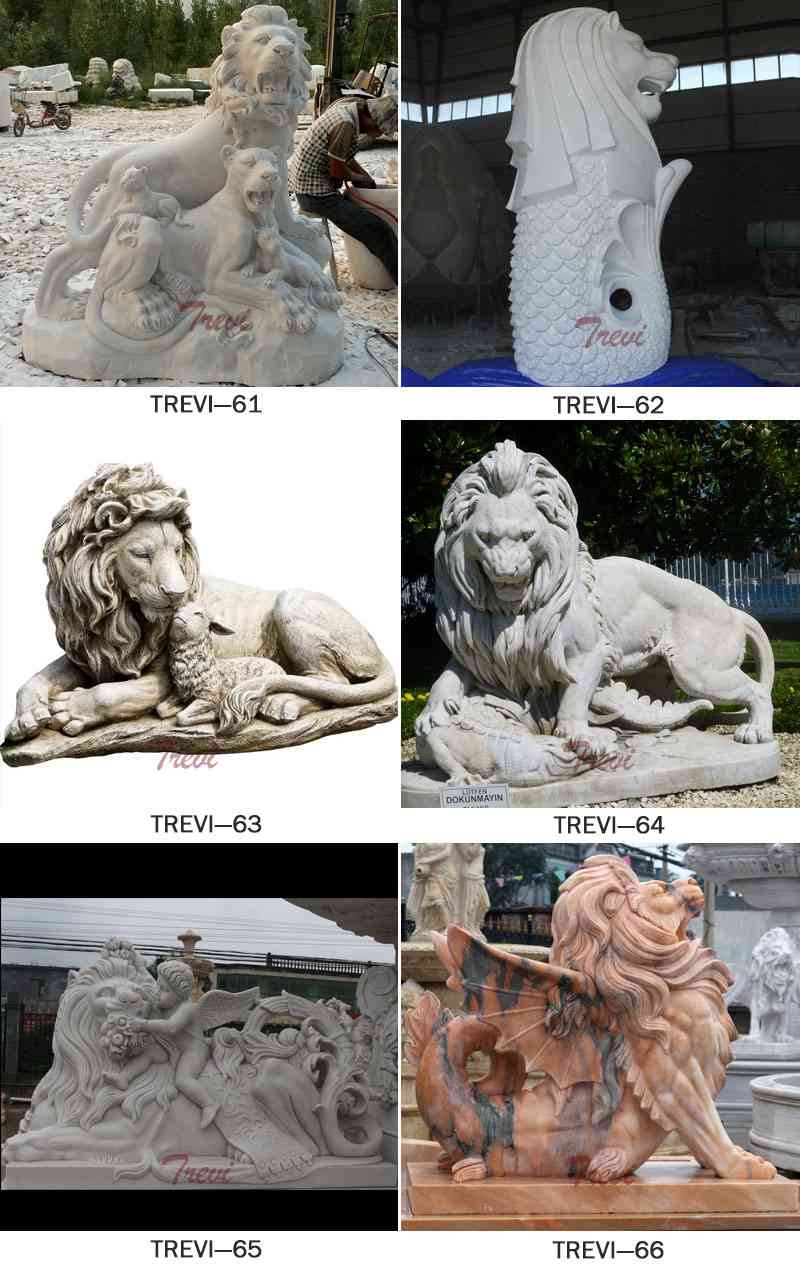 The Trevi marble animal sculpture was hand-carved by our master. They need to beat and polish the sculpture little by little with their hands. Because it is handmade, every detail of the product could be handled very well. The whole process is long and difficult. So you could get a great product. 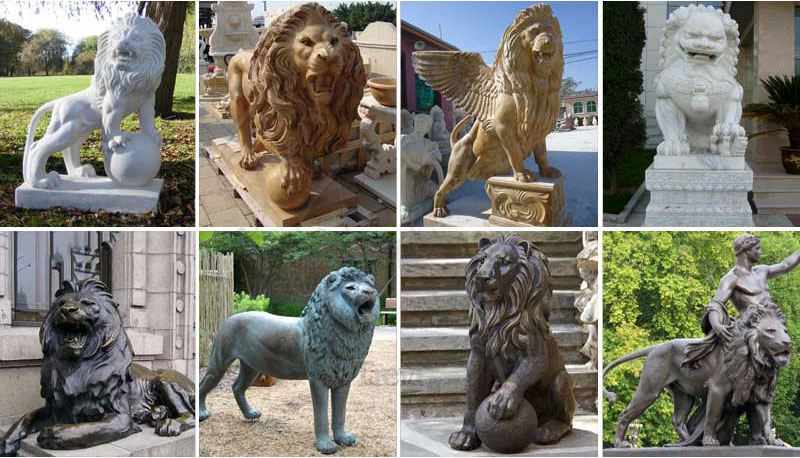 So choose Trevi, we would provide you with the best quality marble Wing Lion sculptures and the best service. If you have any needs, please contact Trevi immediately.