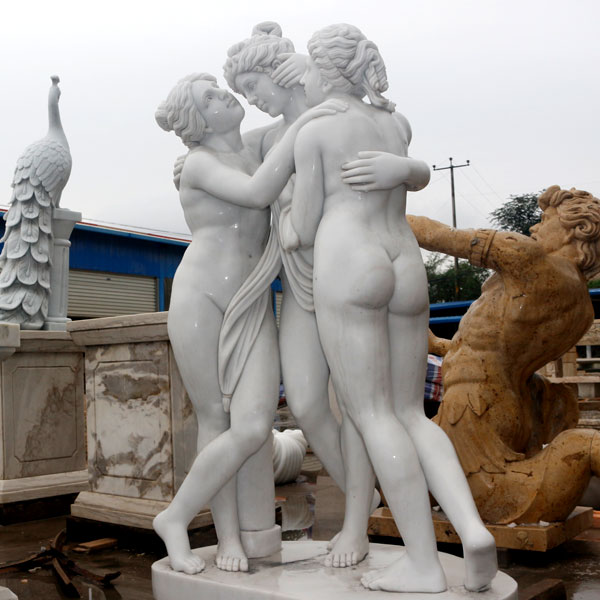 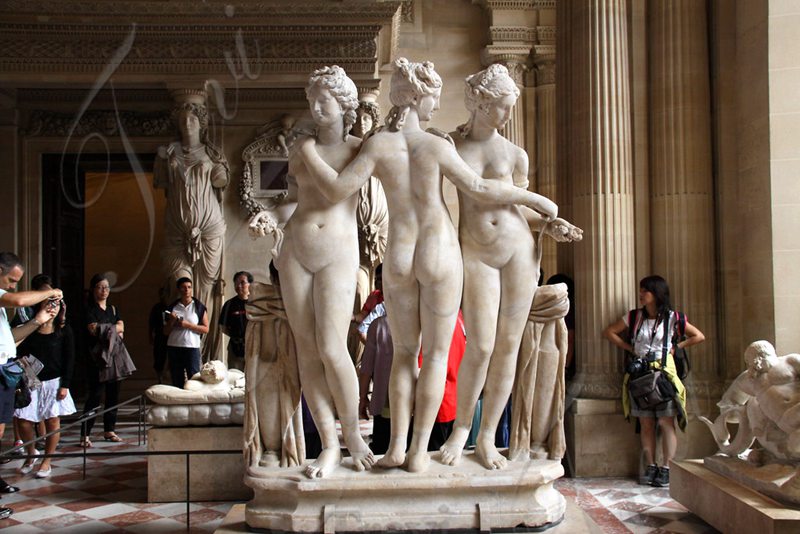 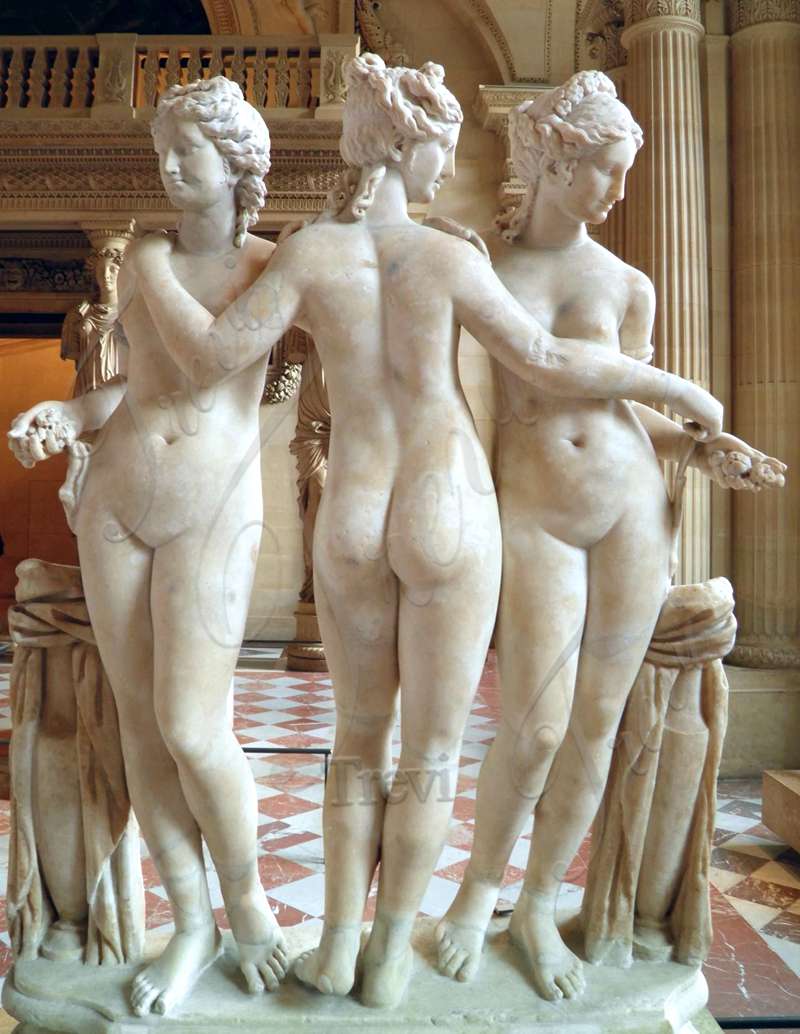 The result is similar to three different views of the same figure. The three goddesses are joined together in a ring and clasped together by the waist or neck to form an elegant chain. Trevi art could carve a delicate 3-graces statue for you. Of course, these beautiful sculptures would be very suitable to be placed in the park. 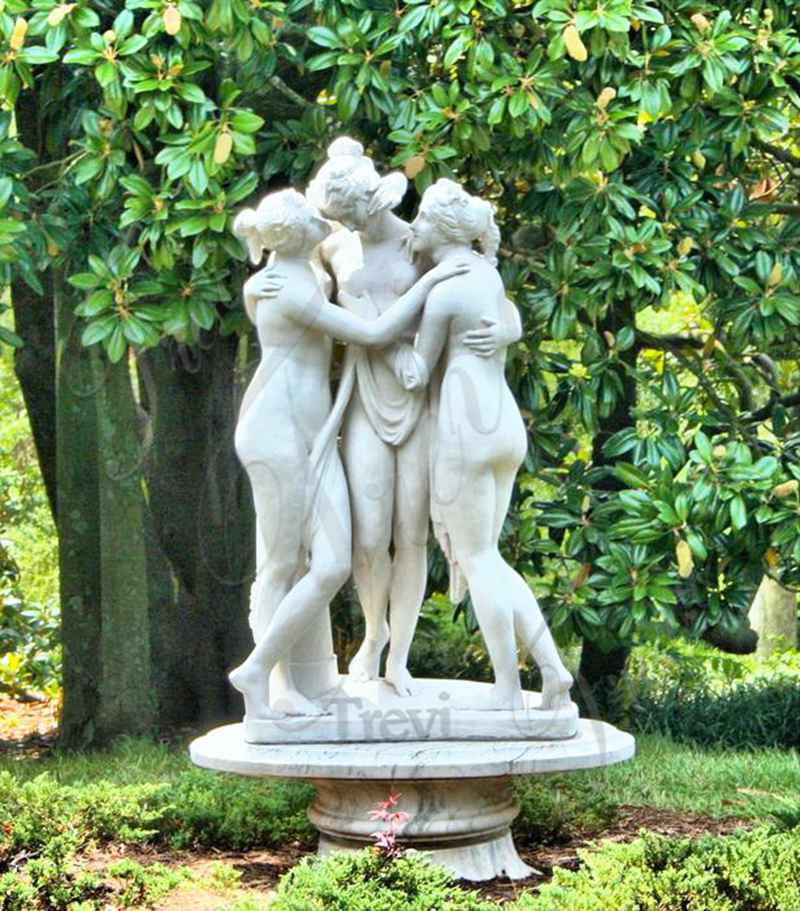 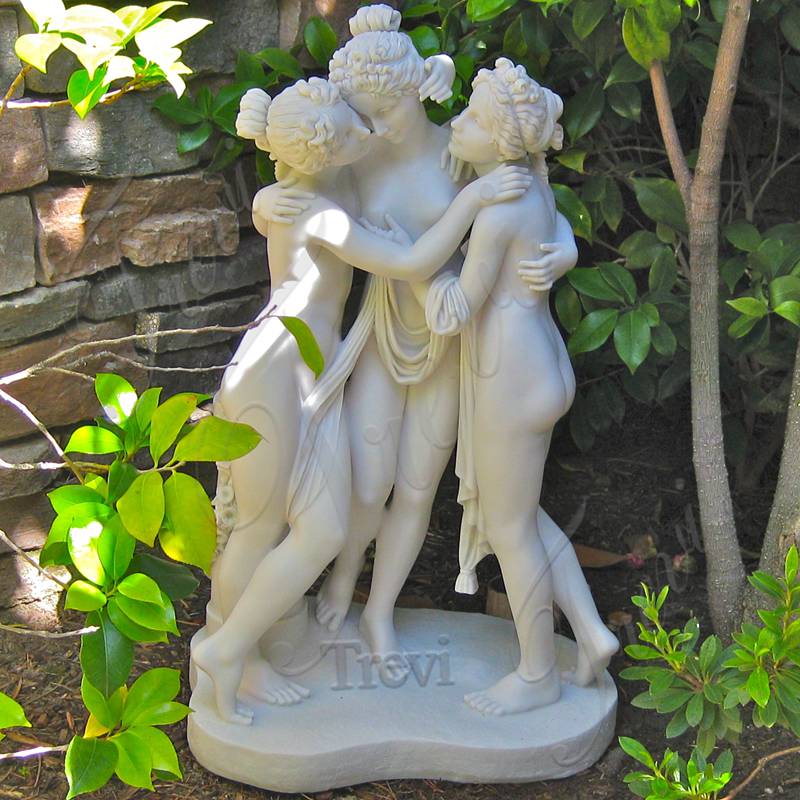 This famous marble statue group of the three graces depicts three goddesses in ancient Greek mythology, called Gretz, which is called Charites in Greek. Originally the goddess of nature, they are often considered to be companions of Aphrodite (Venus), the goddess of love and beauty. 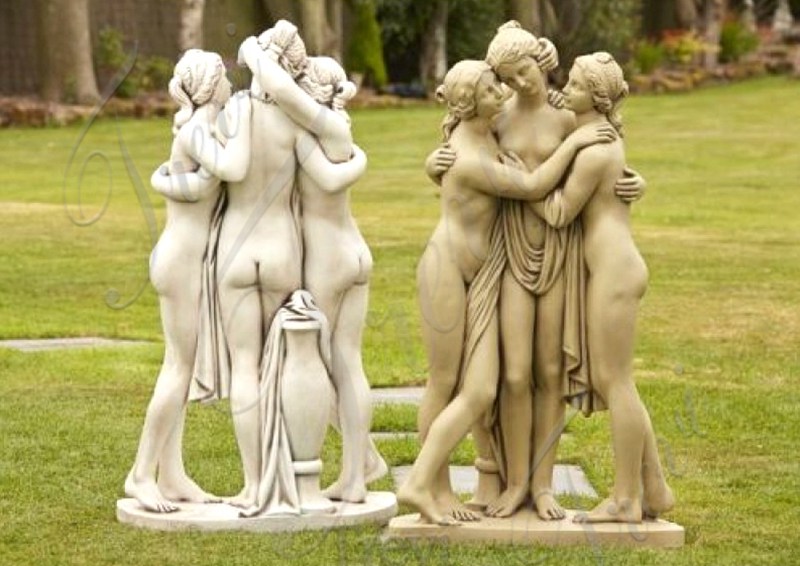 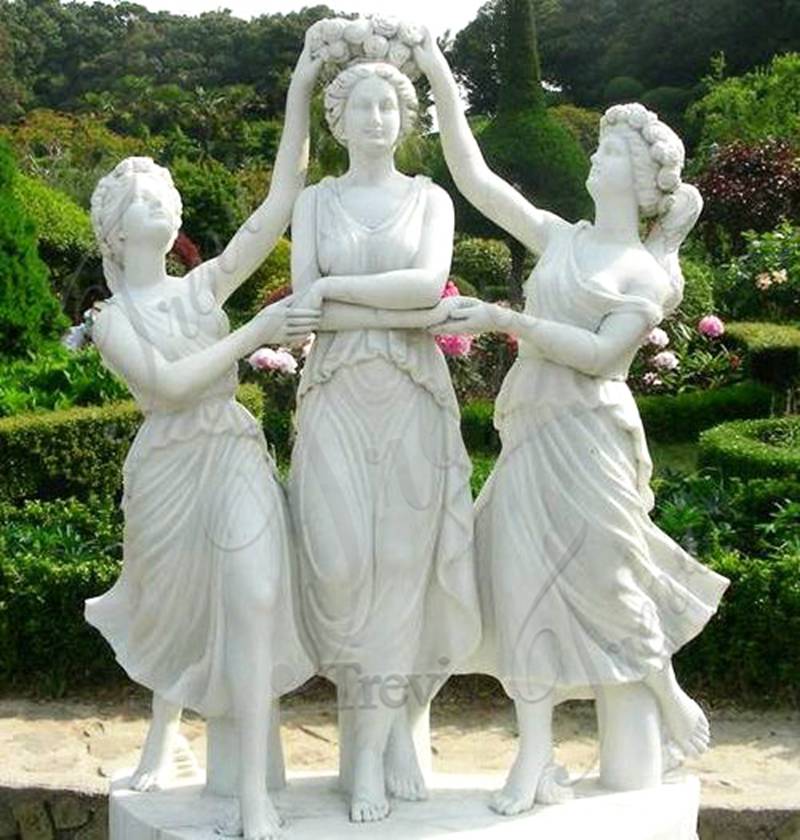 According to poetry and literary traditions, there are three Graces, whose names are Euphrosyne, Thalia, and Aglaia. Eternal young and cute, they represent glamour, beauty, and human creativity, and are portrayed as nude, initially holding attributes such as apples, roses, and myrtle branches. This piece of marble statue group of the three graces Antonio Canova replica is carved from a piece of white marble. Canova’s assistant largely obscured the marble, allowing Canova to make the final engraving and shape the stone to highlight the soft skin of Graces. This is the artist’s trademark, which shows strong loyalty to the neoclassical movement in sculpture, of which Canova is the main index.

The marble statue group of the three graces Antonio Canova replica designs were displayed naked and crowded together, and their heads touched almost all of the so-called “emotional” works. They stand and lean slightly inward – maybe discuss a common problem, or just enjoy their intimacy. Their hairstyles are similar, weaving and knotting overhead.