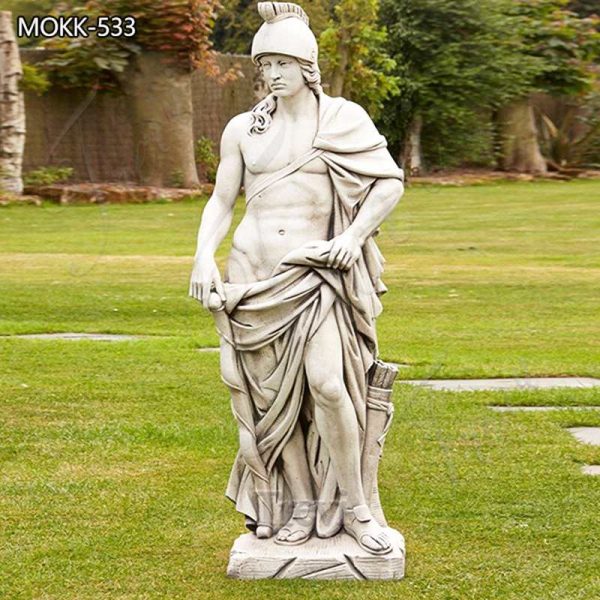 This life-size mars god statue is loved by many customers. Especially the posture of the God of War is so mighty, and his eyes are full of murderous intent. This marble statue measures 5 feet 10 inches (1.78 m). Also, there is a base on which to stand under the sculpture’s ankle. We could clearly see that this Mars sculpture is depicted a young soldier. Additionally, he wears a Greek helmet with wavy hair wafting from underneath. And his clothes fell naturally, revealing his muscles and size. In addition, a quiver full of arrows rests on his leg at his feet. The overall image is very realistic. Trevi Art Sculpture has many examples of classic figure statues and this Marte Mars marble sculpture is one of the best. This very masculine character would be the focal point in your garden. 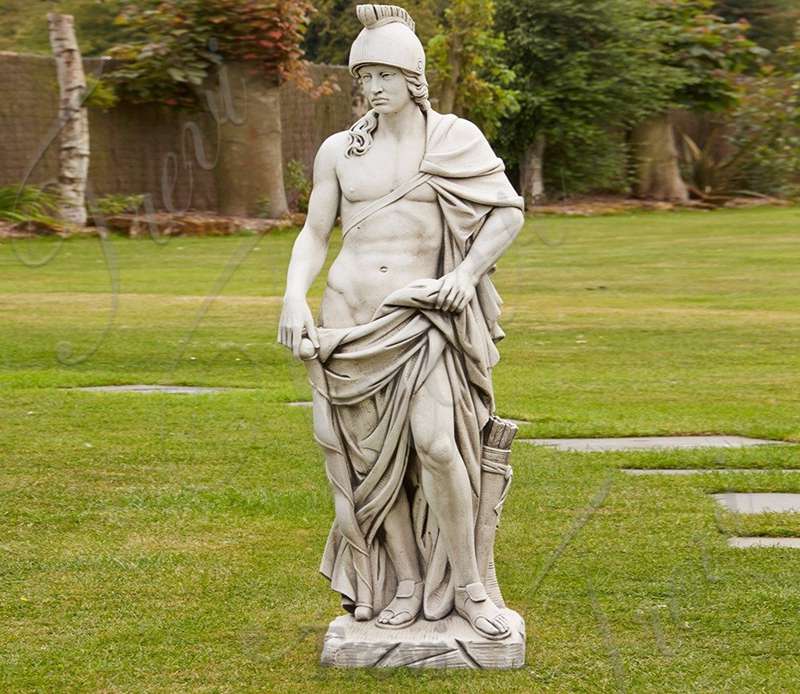 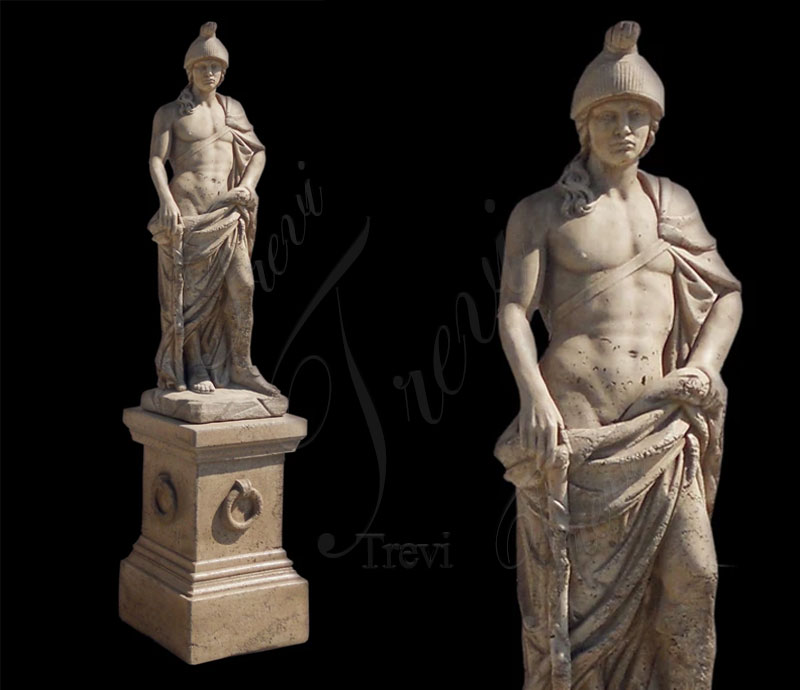 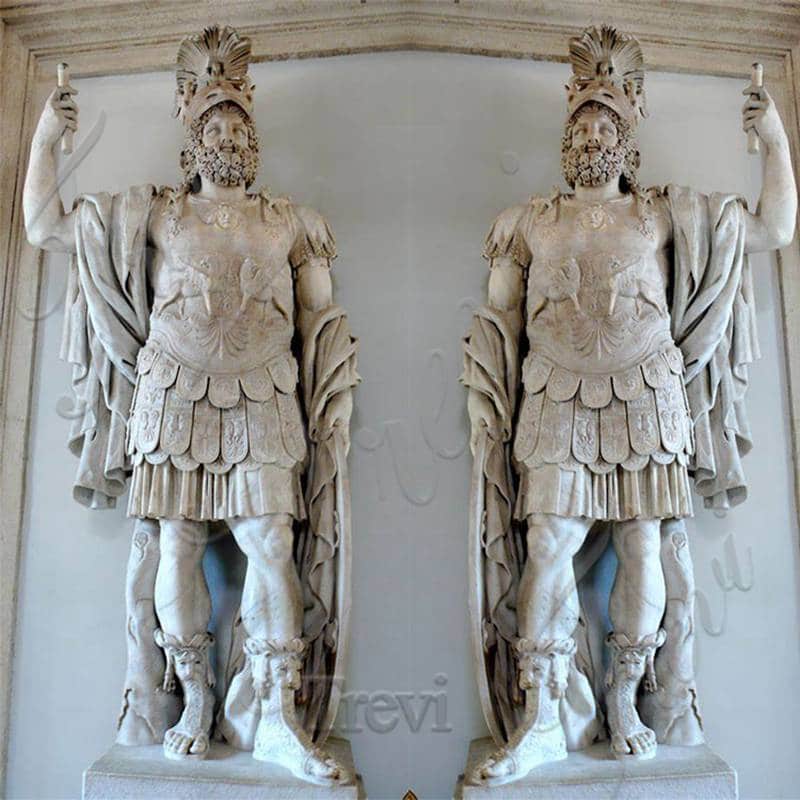 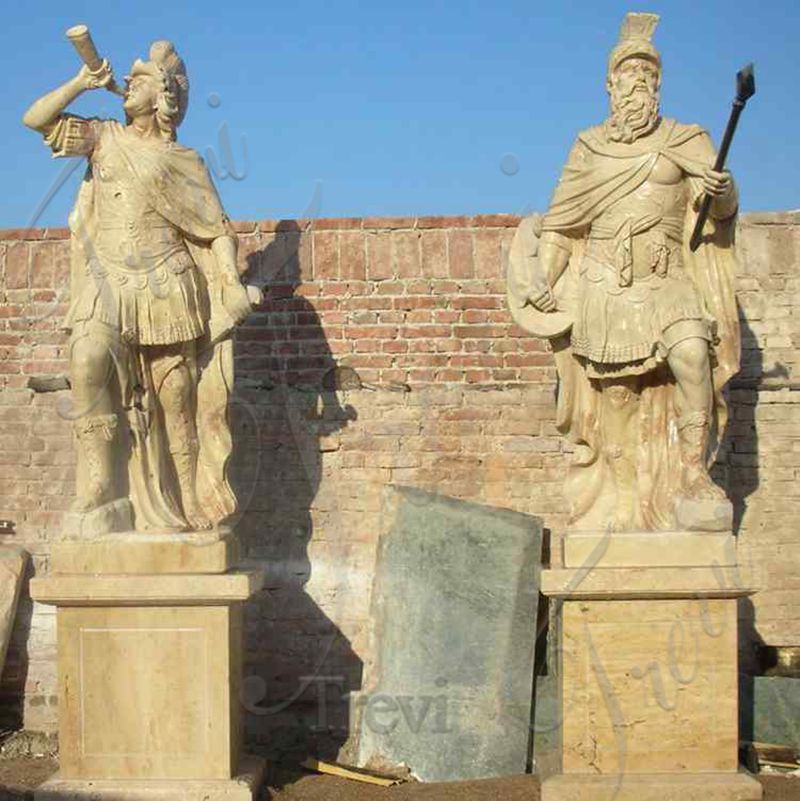 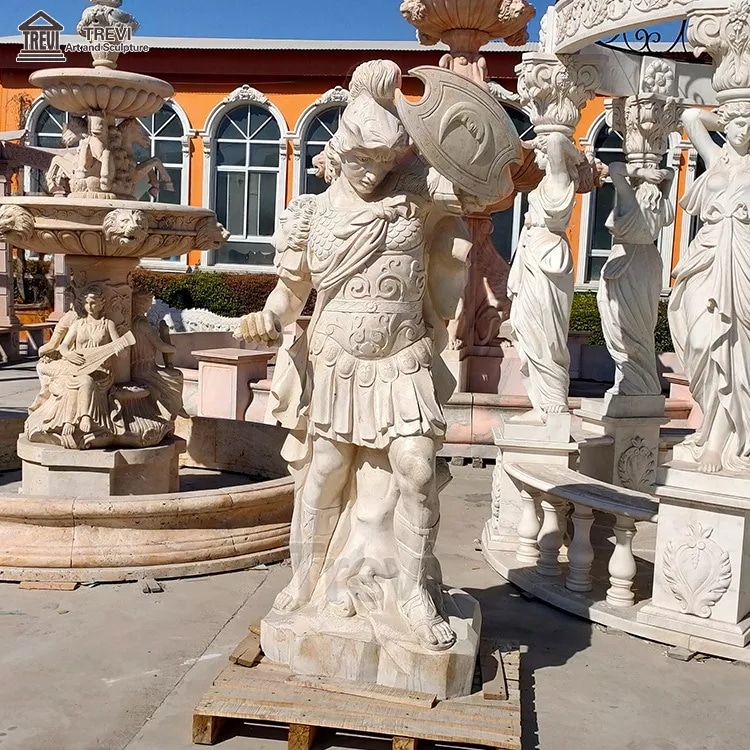 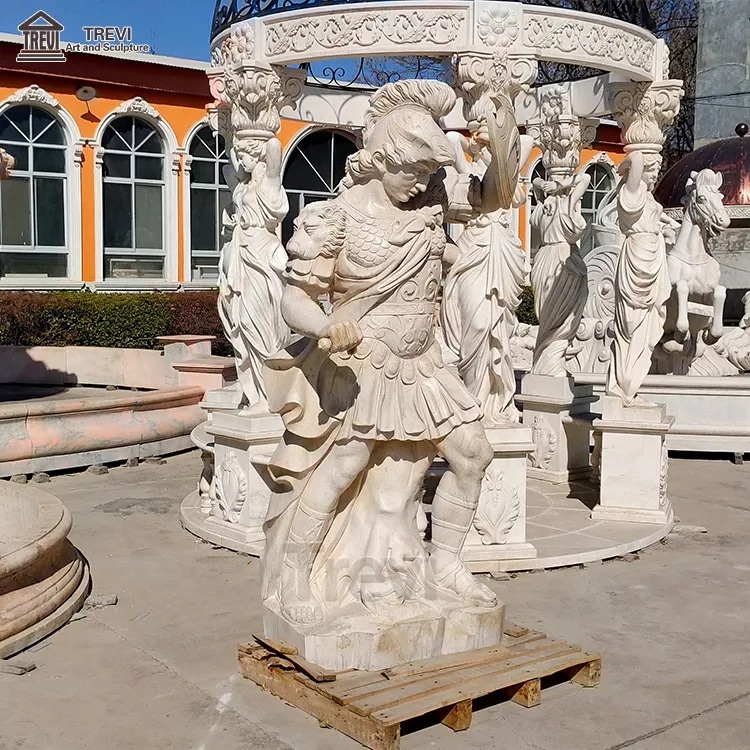 All our finished Marte Mars sculptures are made of natural marble raw material. And this sturdy material could be placed in harsh outdoor weather. Also, our sculptures are all done by hand to ensure the best quality. This sturdy natural material is water and weather-resistant, has no air pockets, and won’t crack. And the maintenance of this lifesize marble sculpture is very simple. 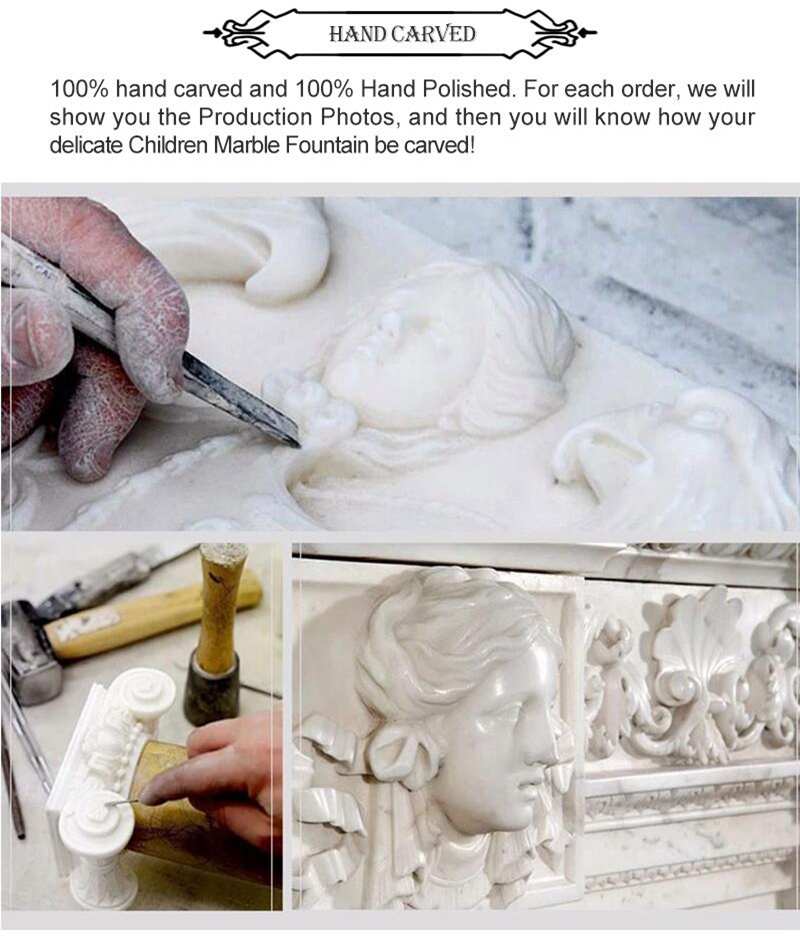 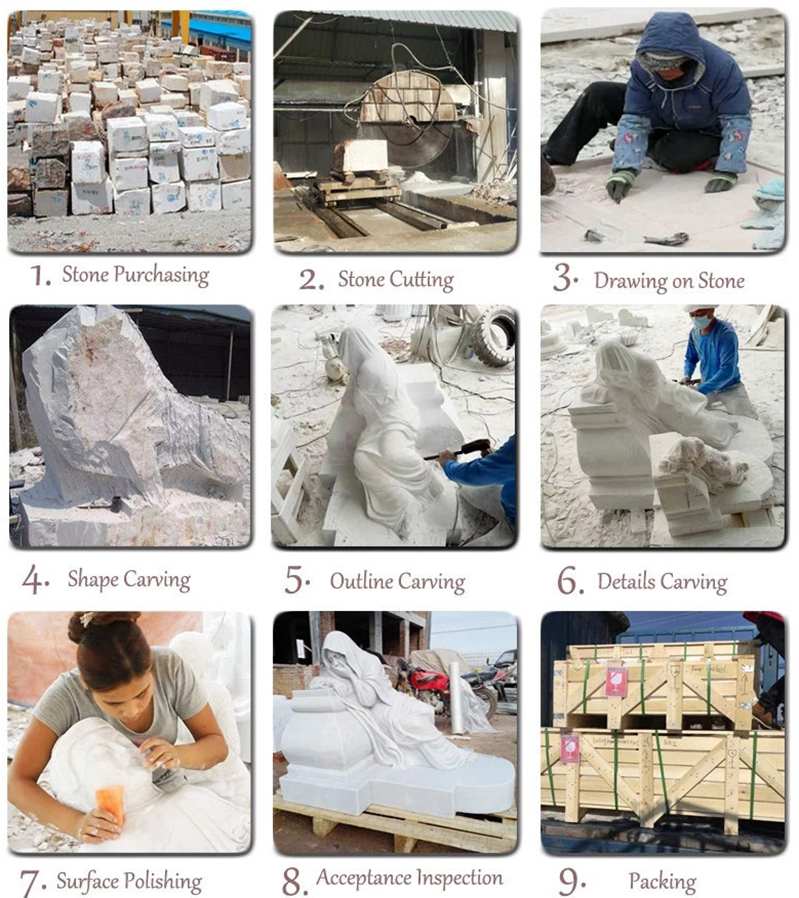