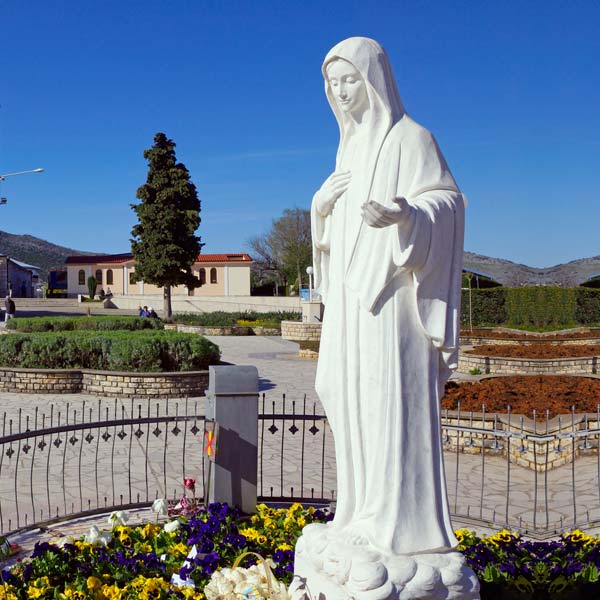 Madonna Medjugorje is a church holy saint (also known as the Queen of Peace) . our lady of Madonna Medjugorje is the title of the Virgin Mary appear to six black Herzegovina children who were thought to have appeared in Bosnia and Herzegovina Mostar in 1981 (during the Federal Republic of Yugoslavia). This Madonna Medjugorje Statues standing 70 inches.
Item Number:TCH-38
Type: Church marble statues
size: 70inches or as your request
Material: Natural marble, hand carved, polished
Delivery time: 35 days
Packing: Wooden crate

Since then, there has been a report of the vision of Our Lady of Madonna Medjugorje during this year. And visionary is often called the Phantom “Gospa” which is a Croatia woman. The pope’s response occurred on May 13, 2017, when Professor Francis announced that further research was needed on the original vision of the child’s report. He thought the vision for the next year was doubtful. He said some people went there, evacuated, found God, and their lives were changing. He said it was a spiritual and idyllic fact that cannot be denied.