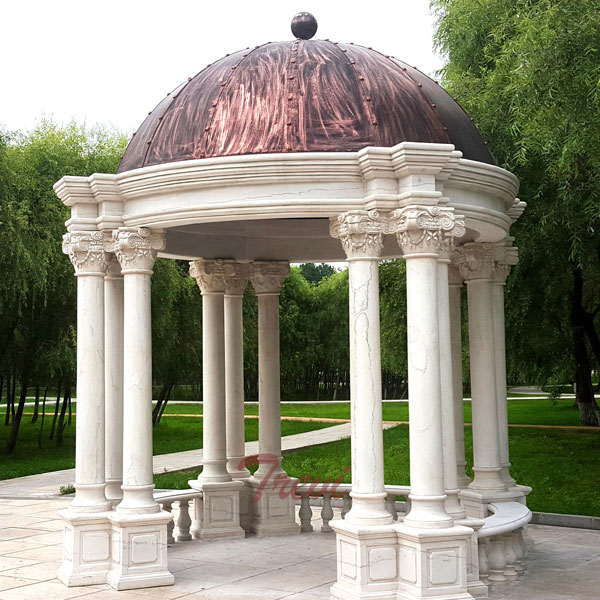 TREVI ART SCULPTURE is focusing on making Hardtop White Marble Garden Gazebo with Pillars for many years, so there are many kinds off Marble Water Fountains we could produce to meet your requirements. We could provide the high quality round gazebo, square gazebo, hexagonal gazebo, octagonal gazebo, pillar gazebo, character gazebo, animal gazebo and other designs style marble gazebo to our customers. 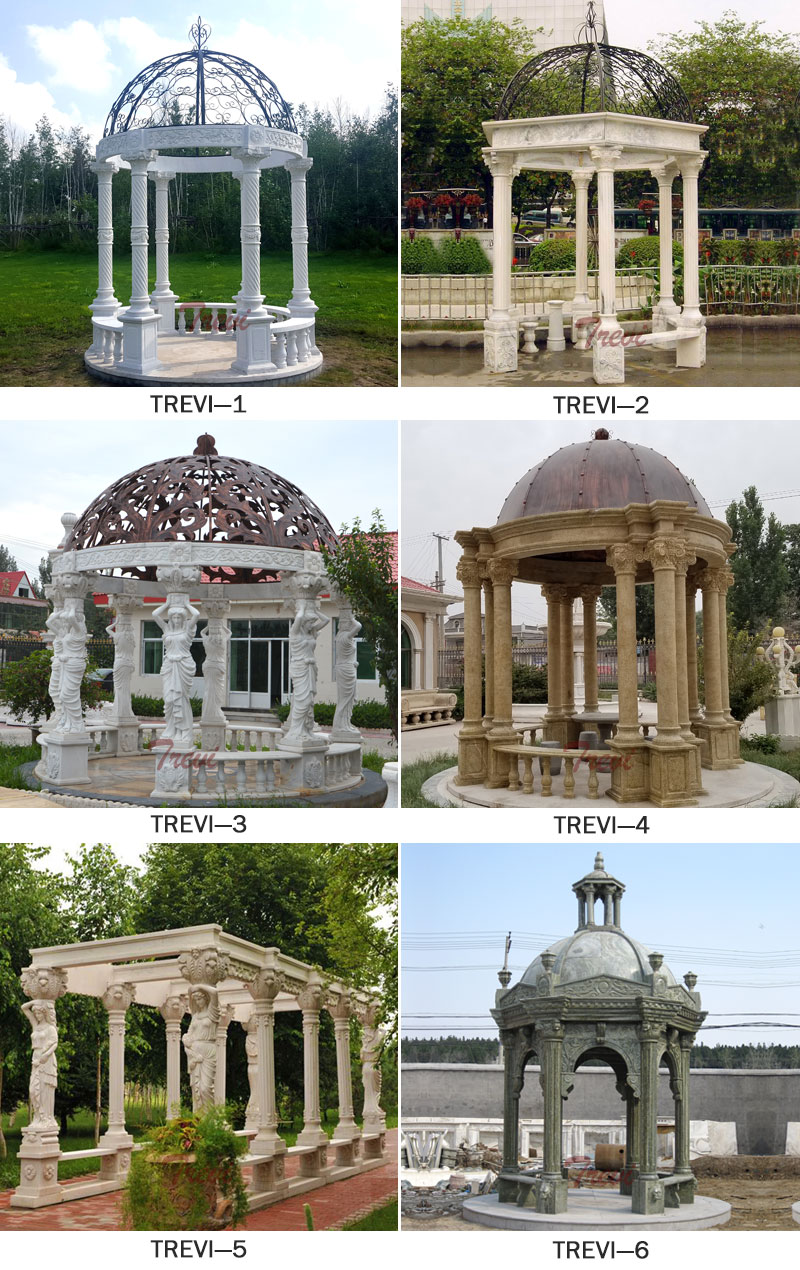 Looking at the following picture below, our White Marble Garden Gazebo with Pillars installation process is generally divided into the following six steps：

4.Using rebars to connect parts of the gazebo top layer,

5.Using packing belt to connect the iron top and the top layer of the gazebo and make them fasten,

6.The iron top and the top ;ayer altogether the lifted up on the columns. 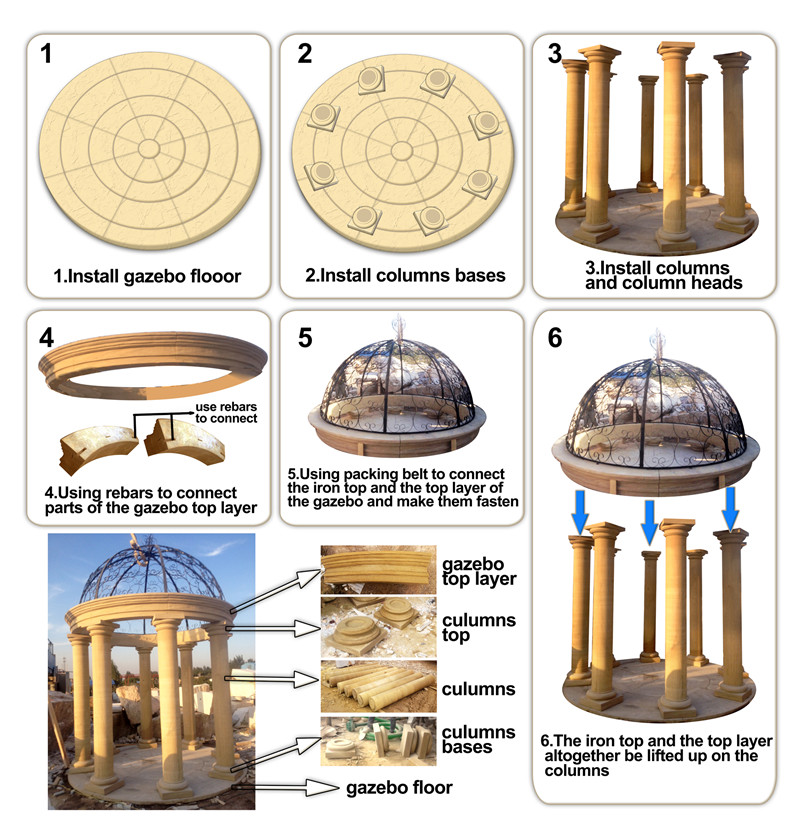 The lines and the types on the top of the pillars is very classical and elegant, and the marble is very strong to support the metal hardtop of White Marble Garden Gazebo . We could also offer the wrought iron domes which are treated with corrosion resistant paint.

Contact us to know more reference of  Hardtop White Marble Garden Gazebo with Pillars, please believe that Trevi Art Sculpture would give you the best marble gazebo you want!