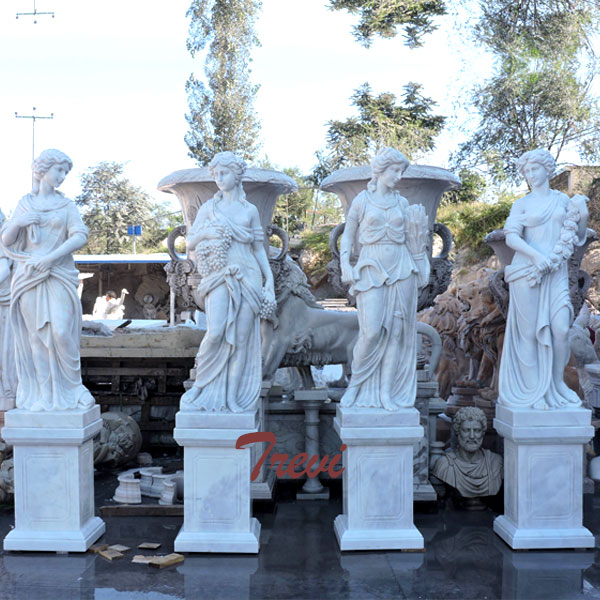 The four white marble four season statues are similar in size, color, and sculptural style. Each is carved from a single block of white stone. Each figure statues stands on a high, square base and is structurally supported by a carved tree stump. On the surface of each base could be carved the characters you need. In their current placement the white marble four season statues set are elevated to eye level on matching tall, narrow, rectangular stone bases constructed in three pieces and held together via mortise and tenon. The sculptures differ in that each is shown with a traditional iconography indicator of the depicted season.