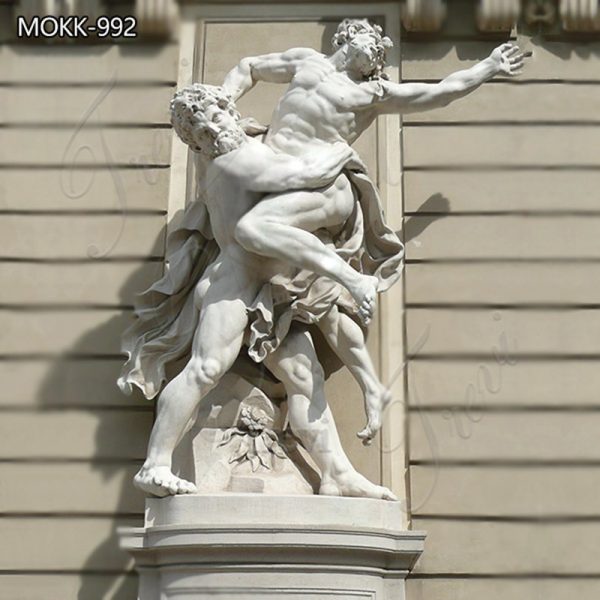 This Hercules and Antaeus sculpture is a classic marble statue artwork. Such a fine piece of classic Greek marble is the perfect addition to an outdoor estate or garden. Of course, it is also worthy of your collection. If you like this sculpture, please contact us immediately.
Item No: MOKK-992
Size: Life Size or Customized Size
Material: Natural White Marble
Package: Strong Wooden Crate
Superiority 1: Free Custom Made
Superiority 2: Foundry Supplying Directly 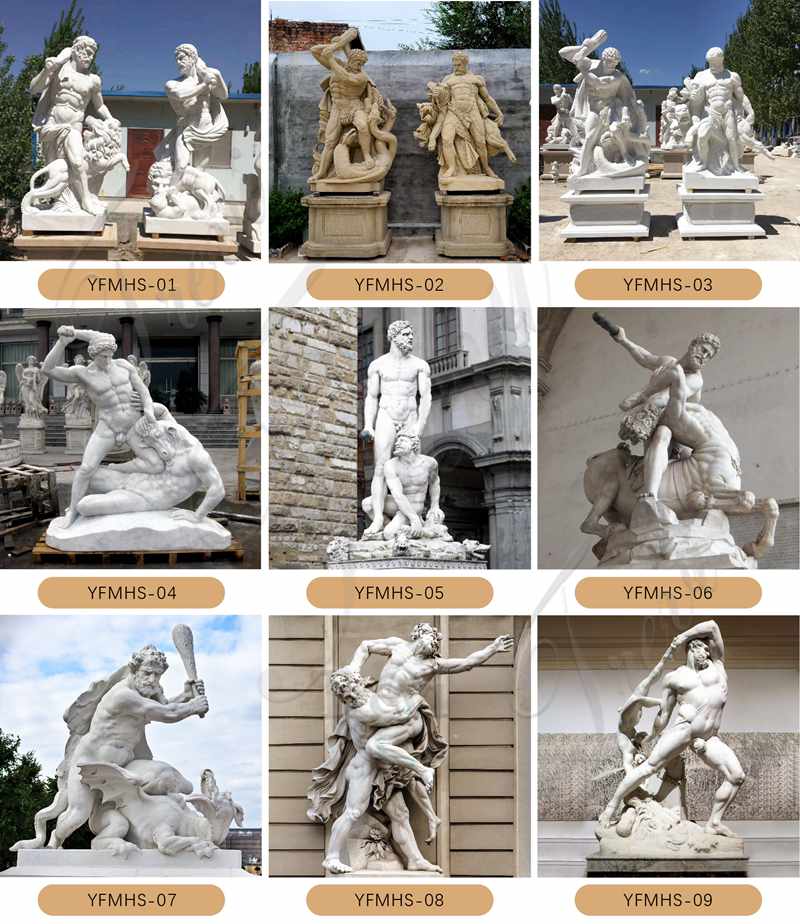 This marble Hercules and Antaeus sculpture is a classic ancient Greek statue artwork. The original statue is located in the Hofburg Palace in Vienna, Austria. The statue perfectly captures the real moment of Hercules’ struggle with Antaeus. We could see clearly. The muscles of the two characters are very developed. Moreover, their expressions are also very vivid and realistic. Especially their fighting posture is very shocking. Trevi’s artists could completely sculpt their beauty for you. Of course, this is definitely a work of art not to be missed. 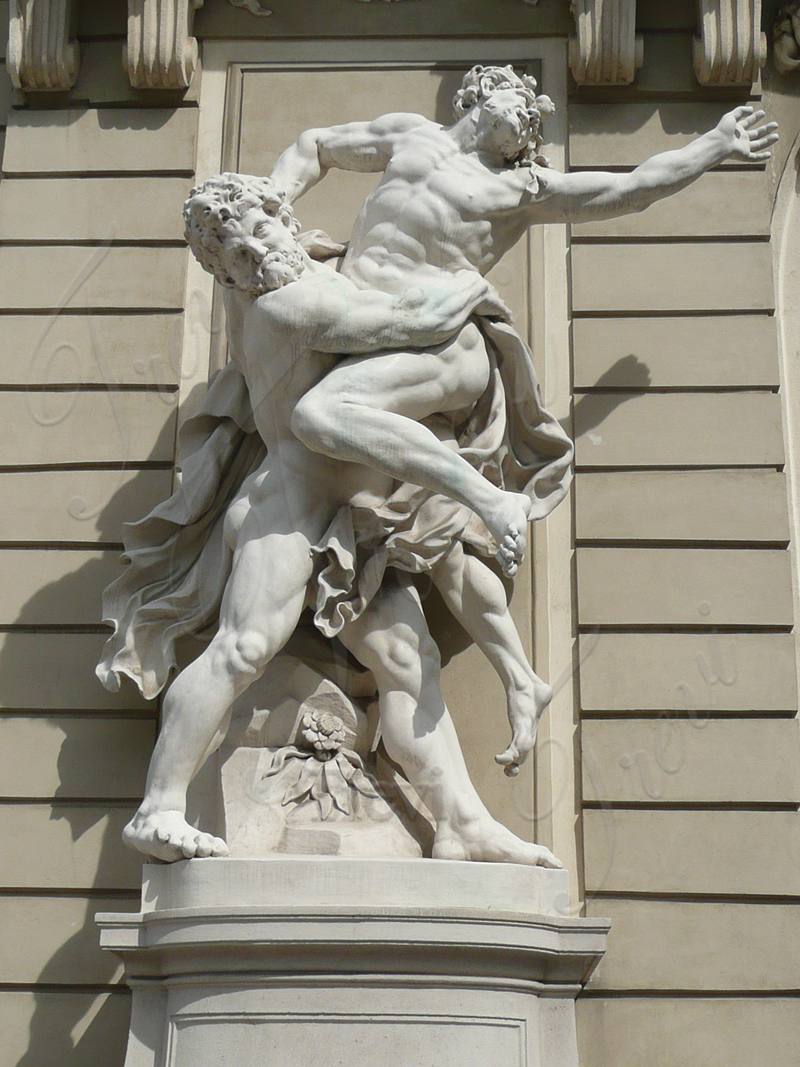 Trevi has very good artists. They learned the sculpting techniques of figures from great artists since childhood. And before actually sculpting, our artists are professionally educated. They are familiar with anatomy and could accurately describe the human body. Therefore, our artists combine scientific anatomical knowledge with artistic creativity to make the sculptures realistic and vivid. Undoubtedly, in the hands of Trevi artists, you would be sculpted with a very beautiful ancient Greek figure sculpture. 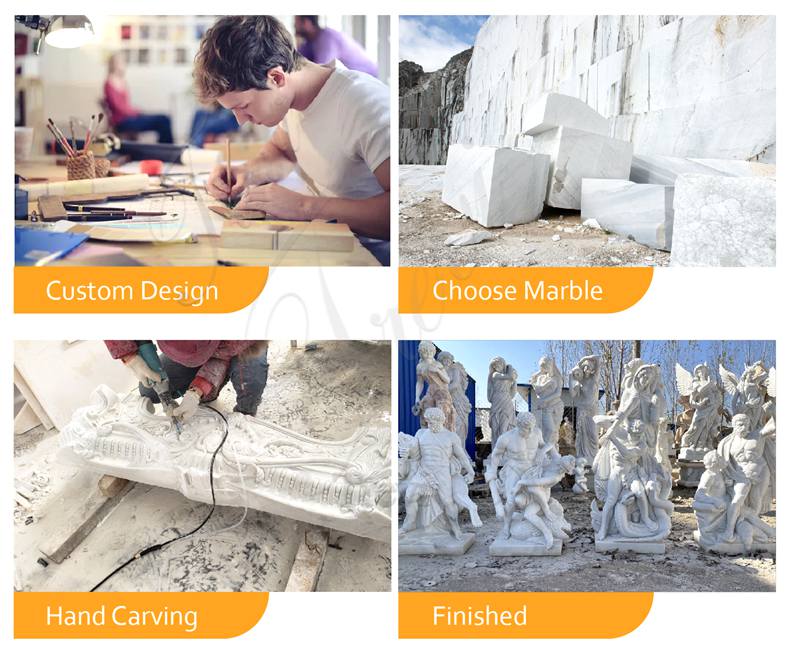 The Story of Hercules and Antaeus:

Antaeus, the son of the earth goddess Gaia and the sea god Poseidon, lived in Libya. He was so powerful that he forced all who passed by where he lived to wrestle with him and kill them. Thus, he collected the skulls of the dead to build a temple for his father Poseidon. Hercules was also forced to wrestle Antaeus as he passed through Libya. Hercules fell on Antaeus several times, and Antaeus always miraculously stood up and regained his strength quickly. 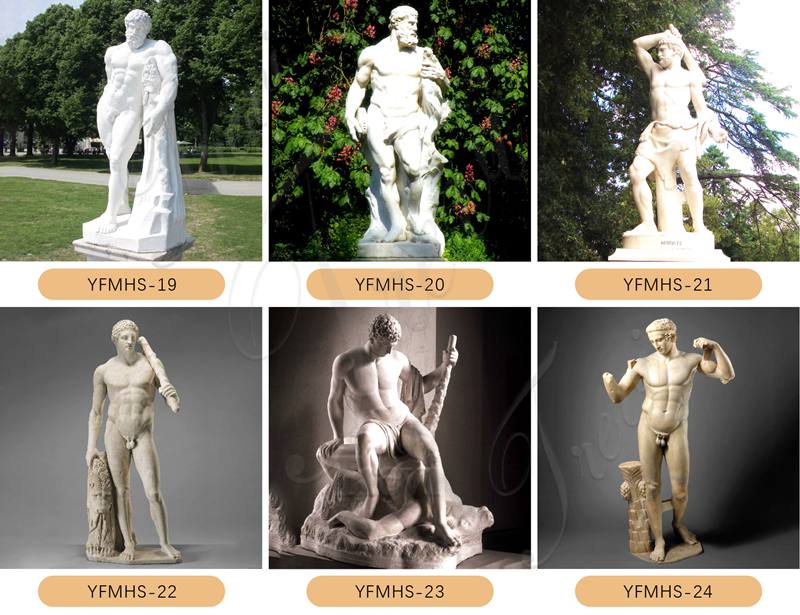 Finally, Hercules discovered the secret of Antaeus. Antaeus’ infinite power comes from his contact with the earth. And, as long as Antaeus’ feet are on the ground, he could never be defeated. Antaeus has always been able to draw infinite power from Mother Earth. So, in a later fight, Hercules lifted Antaeus into the air to incapacitate him and strangled him to death. 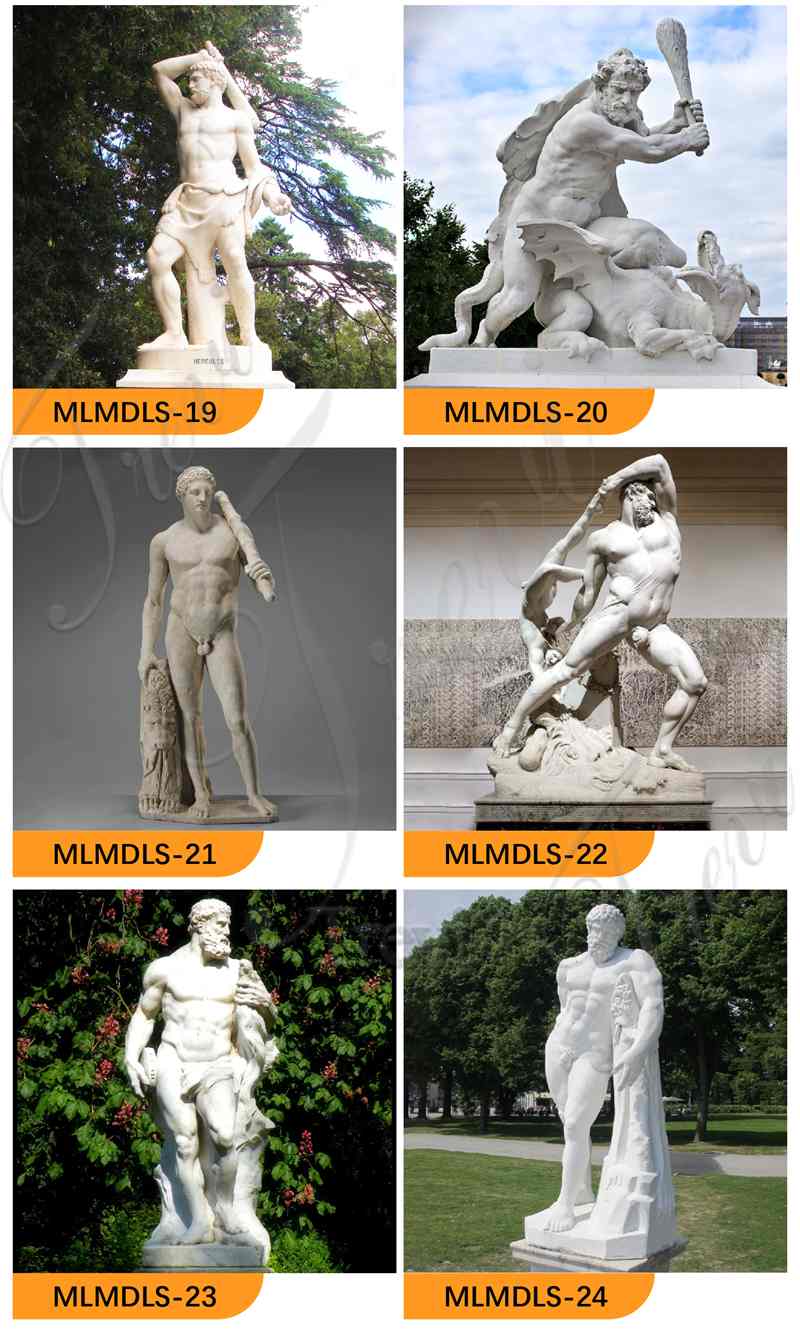 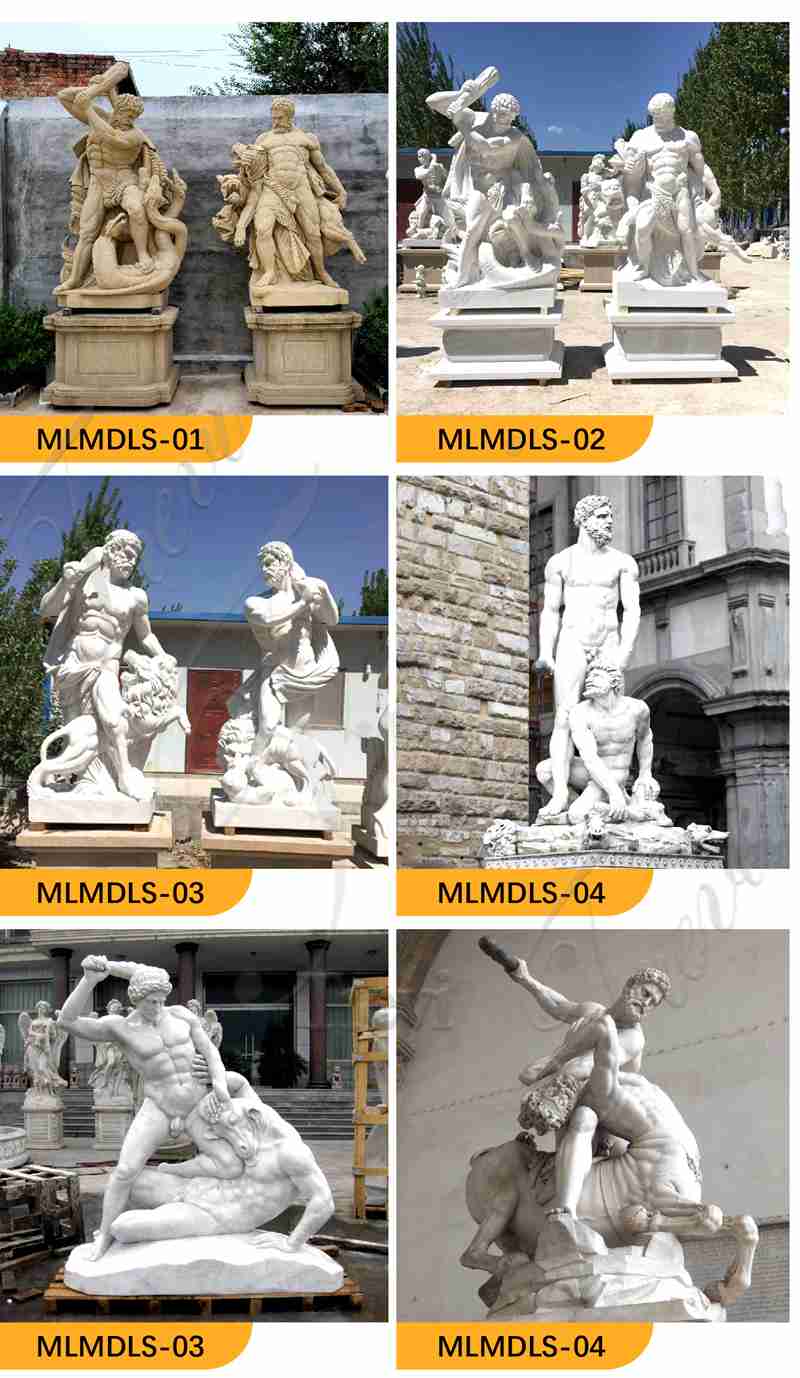 So for this classic marble statue of Hercules and Antes or other marble statues, please contact Trevi today. We are your trusted choice.