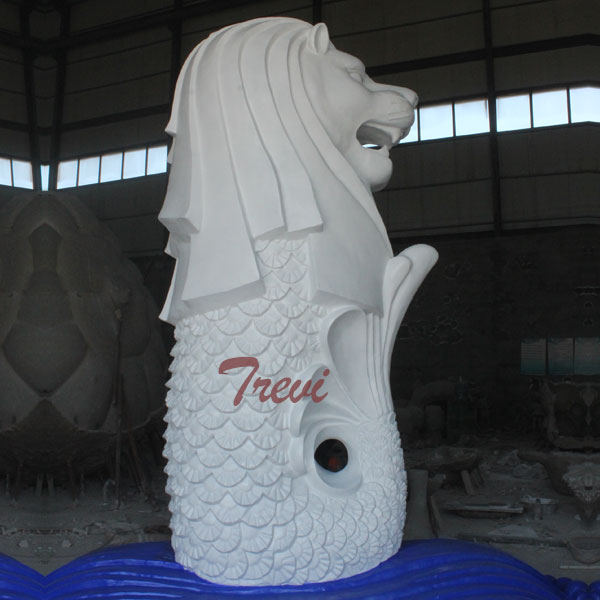 You’ve probably seen images of Singapore’s national icon, Outdoor large sea lion singapore merlin statues, the mythical Merlion with the head of a lion and the body of a fish. The body of the large sea lion singapore merlin statues symbolises Singapore’s humble beginnings as a fishing village when it was called Temasek, meaning ‘sea town’ in Old Javanese. Its head of Outdoor large sea lion singapore merlin statues represents Singapore’s original name, Singapura, or ‘lion city’ in Malay. The Merlion, a mythical creature featuring the head of a lion and body of a fish are regarded as icon of Singapore. There are total of 5 authorised Merlion statues in Singapore, now the most popular 8-metre-tall Merlion statue designed by Mr Kwan Sai Kheong and sculpted by Mr Lim Nang Seng. The Merlion statue faces the east, which is believe to be a special direction that will brings prosperity as dictated by the guidelines of feng shuit (Chinese geomancy). This auspicious orientation was then preserved even after its relocation in year 2002.