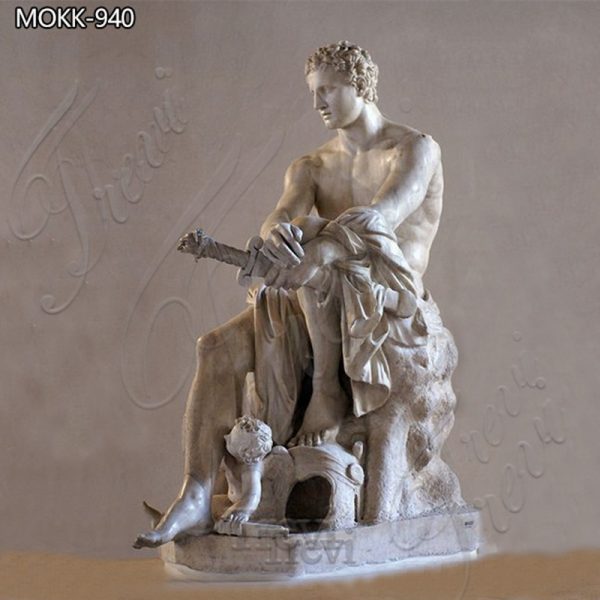 Ares is the god of war in ancient Greek mythology and he is one of the twelve main gods of Olympus in Greece. Trevi famous marble statue looks beautiful and is the perfect choice for your interior and exterior decoration. If you want this brave Ares sculpture, please contact us today.
Item No: MOKK-940
Size: Life Size or Customized Size
Material: Natural White Marble
Package: Strong Wooden Crate
Superiority 1: Free Custom Made
Superiority 2: Foundry Supplying Directly
Superiority 3: 30 Years Quality Guarantee
Application: Garden/Home/Hotel/Parks/Manor 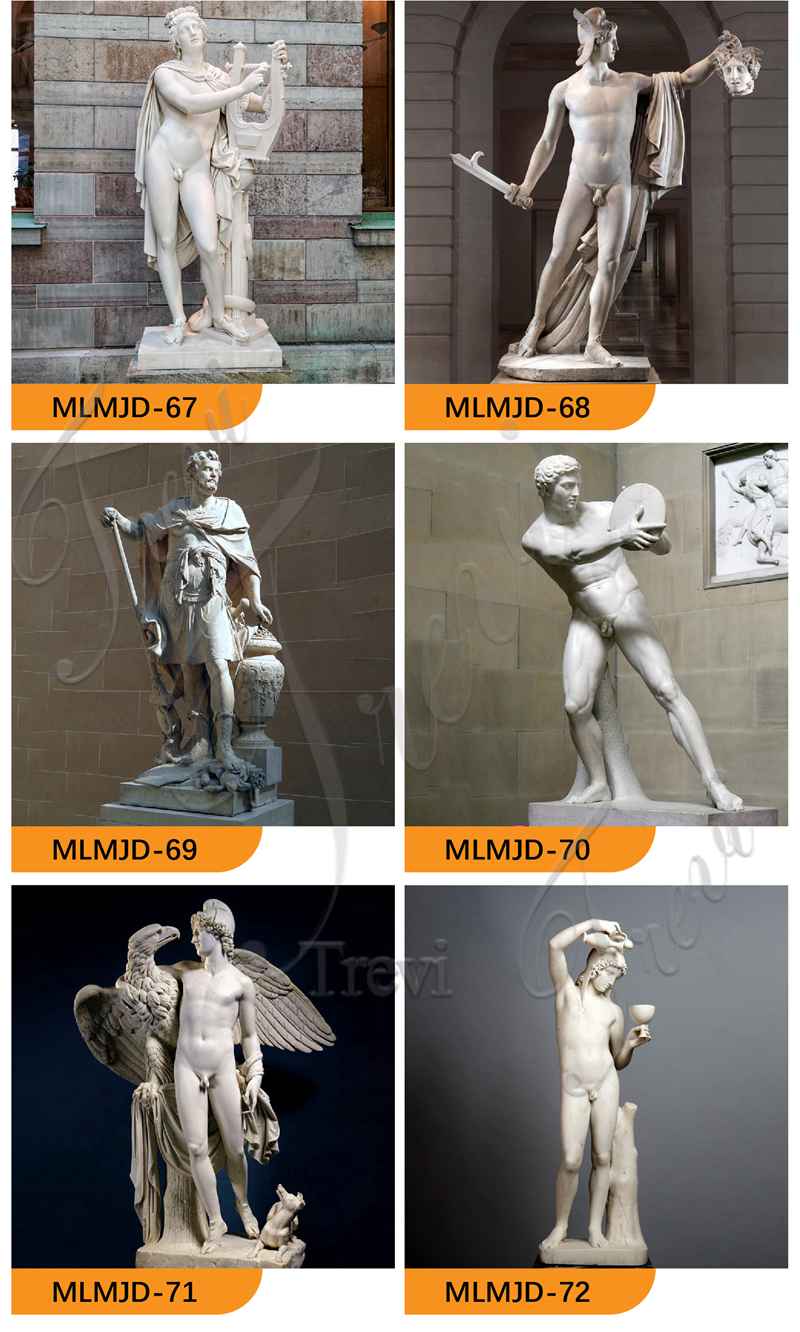 Trevi famous marble statue depicts Ares, the god of war. We could clearly see that the god of war is sitting on the stump with a sword in his hand. Also, there is a shield beside him. At the same time, there is a little angel at the feet of Ares. It is said that this little angel is his son Eros. Trevi’s artist portrayed the God of War in a very muscular figure. His expression was also serious, showing his bravery. Second, while Eros played at his feet. We could see that the picture is full of love. Therefore, people’s bad impression of God of War has swept away. Of course, this famous statue has also aroused discussions and heated discussions. 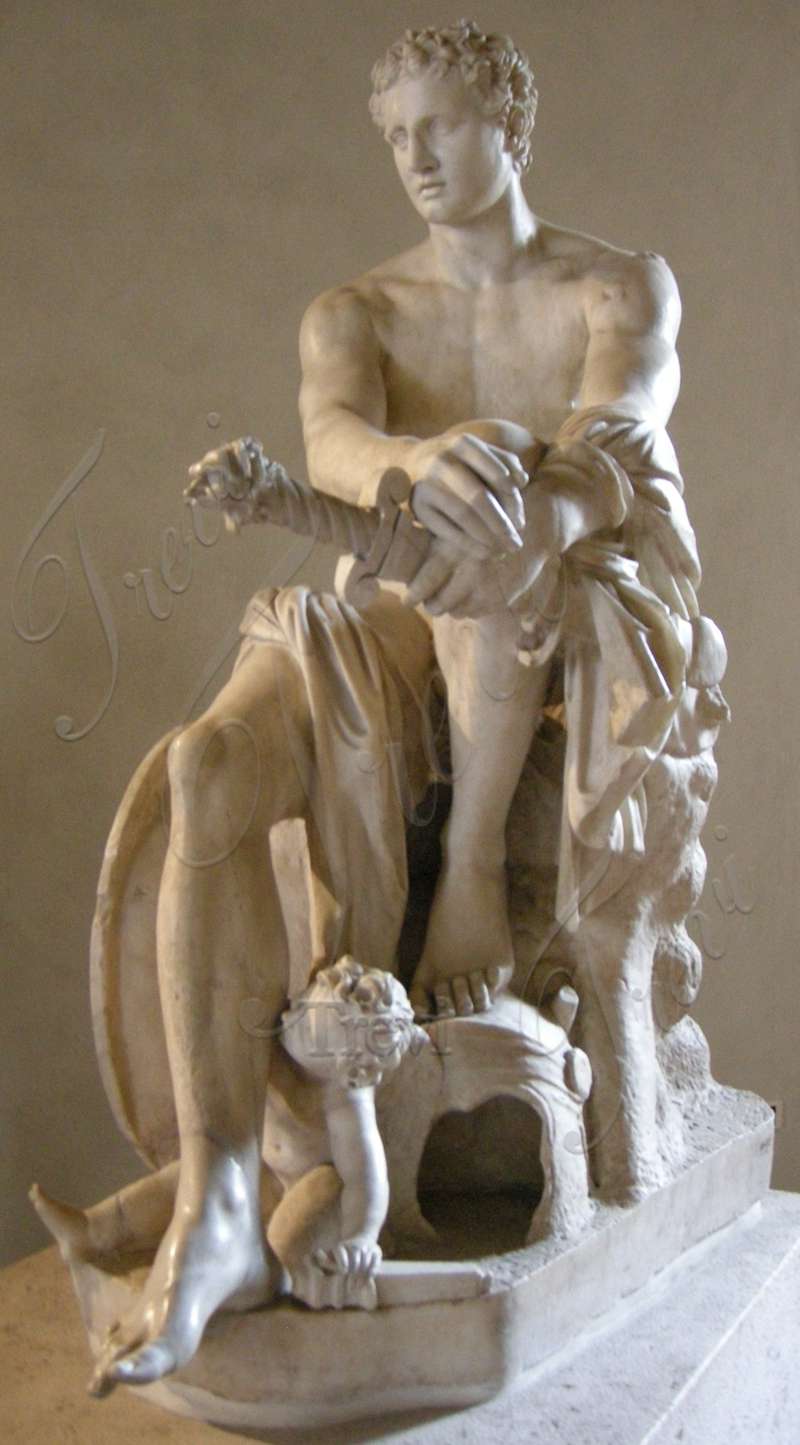 Who is Ares, God of War?

Ares, the god of war, was the son of Zeus and Hera. Another says it was born after Juno (the Roman name for Hera) swallowed a serpent. And, he is a symbol of strength and power. Also, he likes to kill, full of blood. There is no doubt that he is also the personification of the scourge of mankind. 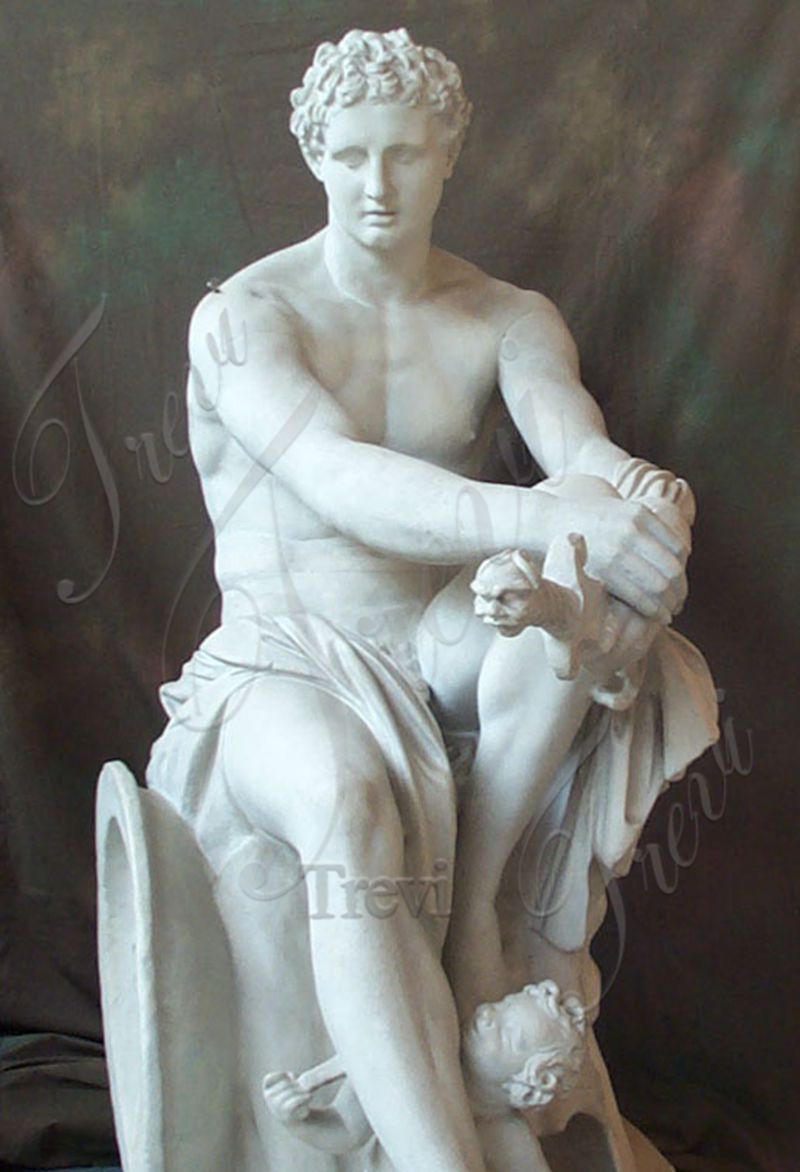 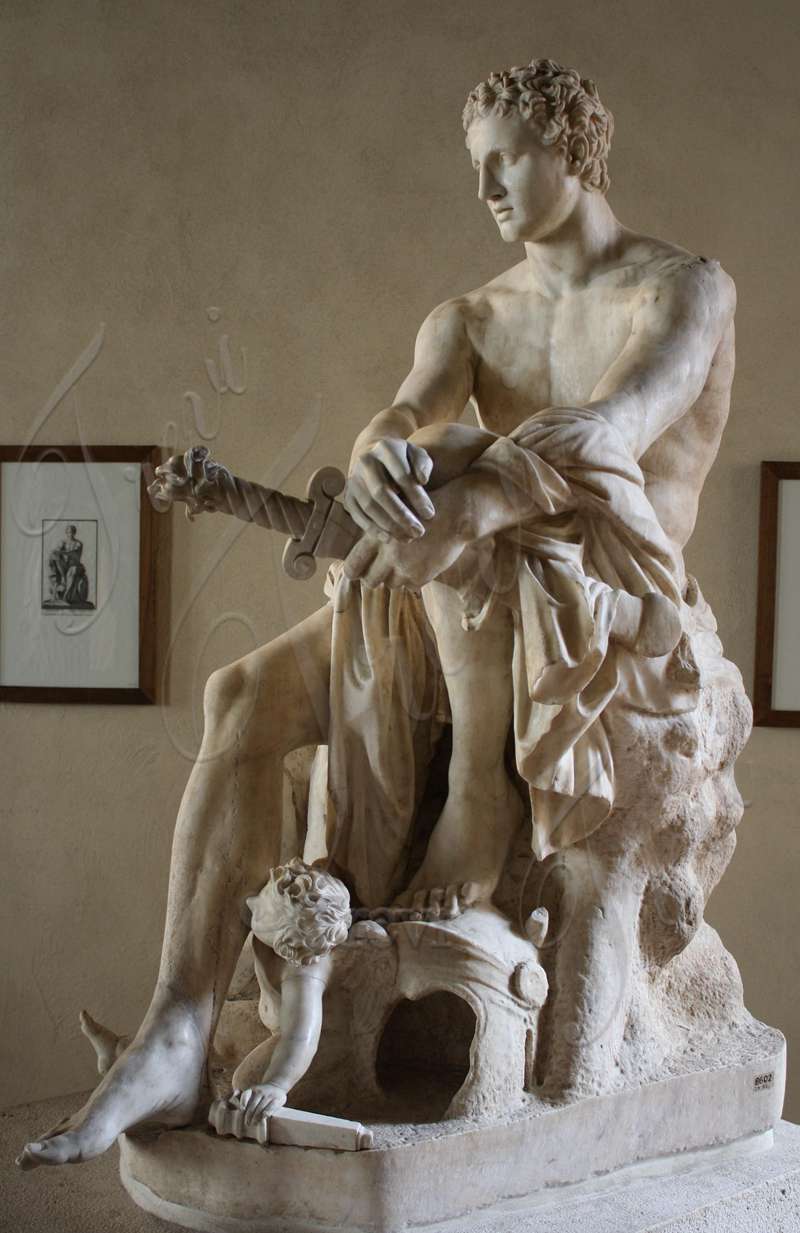 Origin of Mars Names and Tuesday:

In Roman mythology, Ares was called Mars. The Latin Mars is derived from his Roman name. The name “Tuesday” comes from its counterpart in Norse mythology, Tyr. 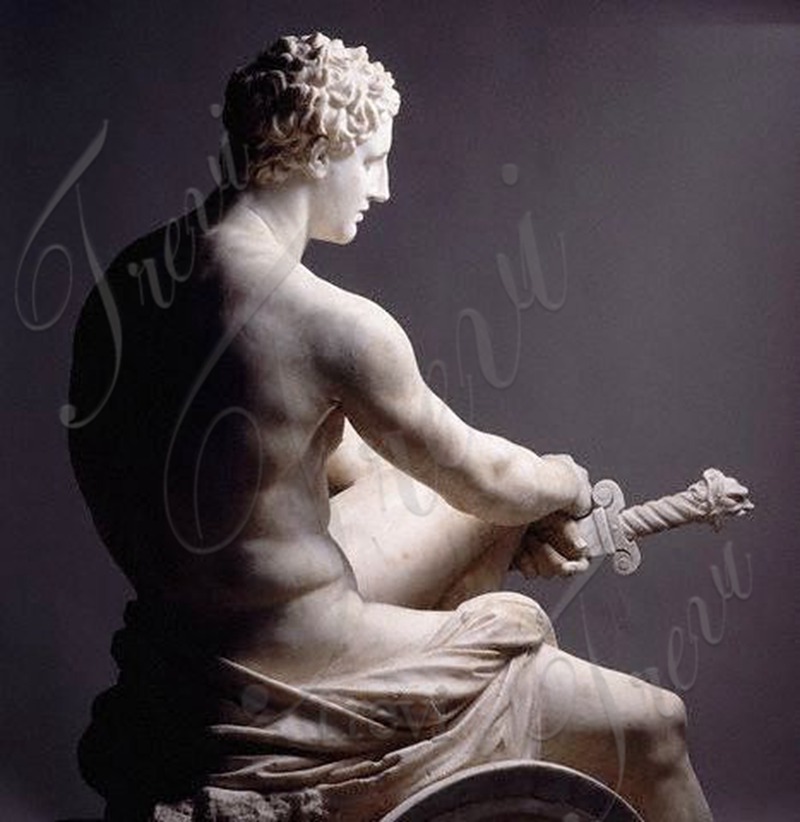 What’s the Story of Ares?

Ares acts without thinking, as typical of his brutality. Legend has it that one of Poseidon’s sons tried to kidnap his daughter, much to the displeasure of the god of war. So he mercilessly killed Poseidon’s son. In order to avenge his son, Poseidon took Ares to the Athenian judge and asked to judge the god of war. The trial was held on a hill outside the city, Ares recounted the case, and was eventually acquitted. Since then, the mountain has been called the Supreme Court of Athens, the “Mountain of Ares”. The judges who appeared were called the judges of the Supreme Court of Athens. 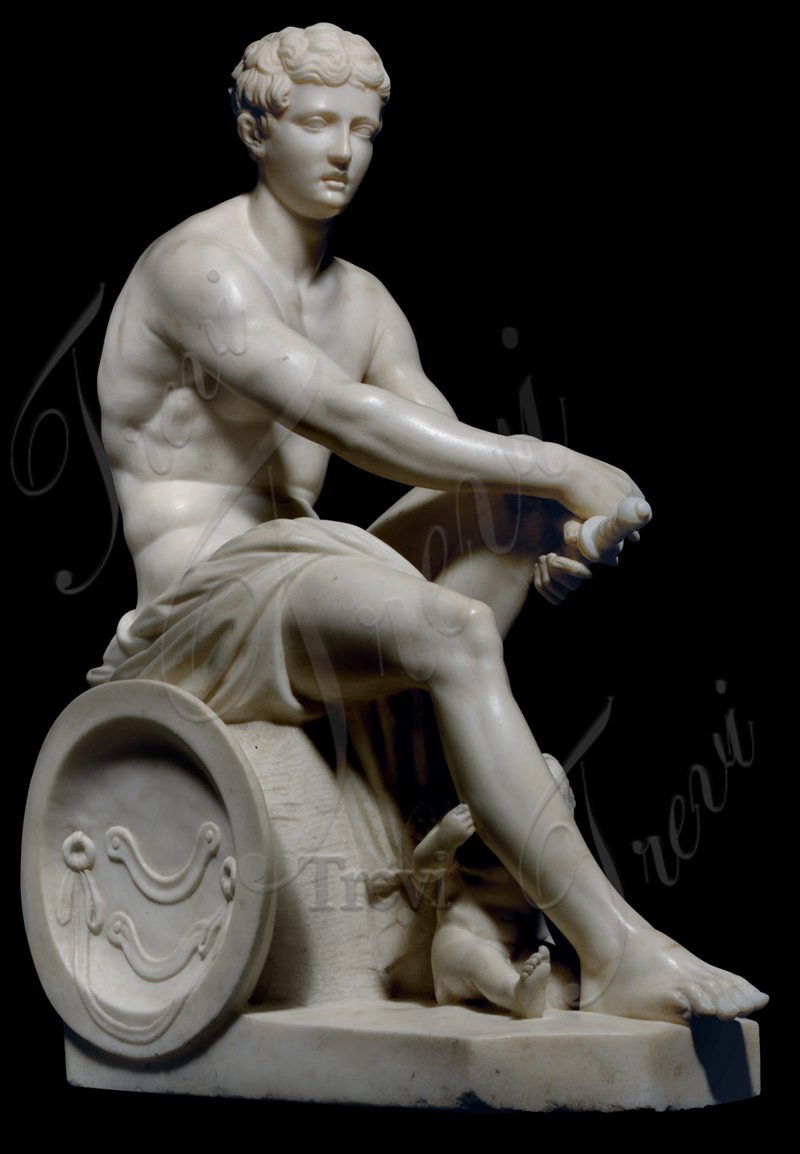 Trevi marble art sculpture is carved from pure natural materials. So after a little bit of carving and sanding. Every detail of our sculptures is lifelike and unique. Our talented artists have superb carving skills. 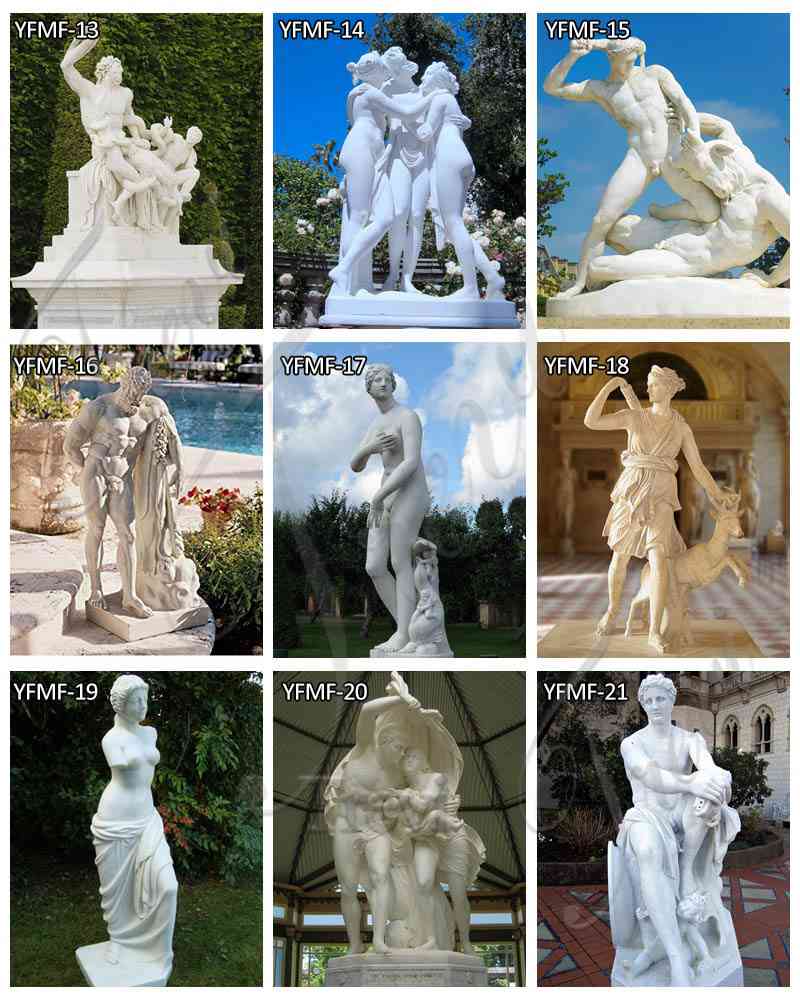 You could fully trust us, Trevi would provide you with realistic-looking famous Greek marble statues. If you would like to fully reproduce this Ares sculpture, then please contact us immediately. Trevi would definitely get you a 100% similar famous marble statue.